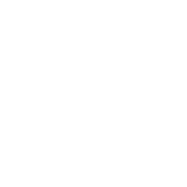 San Mateo County harbors many great independent and locally owned businesses, Redwood Massage & Sauna being one of them. Businesses that showcase our community’s personality lets visitors know why our community is such a nice place to live in. When you have out of town guests, think of the places where you might take them. More than likely, you’ll try to avoid the normal, everyday companies that are known nationwide, such as Starbucks, Burger King and Supercuts. You’ll want to take them to one of the many locally owned businesses that provide that wonderful, one of a kind character to our community.

Choosing to shop locally will not only meet your needs but it also supports our community in more ways than one. Unlike chain corporations, who focus a great deal on advertising to get your business, locally owned businesses generally contribute to local non-profit organizations, provide more jobs and support economic sustainability.

National franchises claim to be low price but have you actually compared? Quite often the neighborhood store costs less for better service.

A few of the community organizations we support: